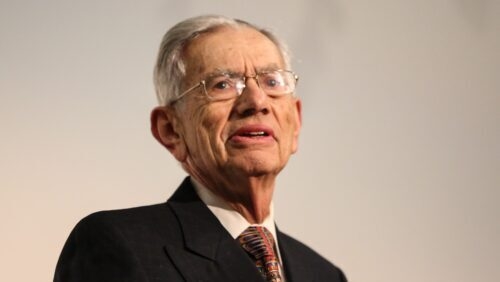 From Prologue to Epilogue

The Book of Ruth, read in the synagogue during Shavuot, is at first glance a simple and heartwarming story of two widows, Naomi and her daughter-in-law, Ruth. The opening verse sets it “when the judges judged” (Ruth 1:1). The Book of Judges describes a fractured Israel with each tribe fending for itself, and suffering from inadequate and, often irresponsible, leadership. When Naomi decided to return to Judea, Ruth insisted upon accompanying her. She opted to leave her native land, Moab, to settle in Judea.

Mired in poverty, Ruth set forth to join others in gleaning from crops that were not harvested. She is noticed and befriended by Boaz a kinsman and successful landowner. In short order they decide to marry, but not before he follows the accepted procedure that gave a closer kinsman the responsibility and the right to marry her first. She ultimately conceives and gives birth to a son. The book concludes with the genealogy that her grandson, Yishai (Jesse) begot David (ibid 4:22). This is the David who as king unified the tribes and established its capital in Jerusalem. The book can be viewed as a manual on how to move from the “prologue” of the fractured nation to the “epilogue” of David’s birth foretelling its unification.

While not a complete blueprint it highlights two vital steps. The first is that Ruth a Moabite woman was welcomed into the community, as the Torah commands, “be kind to the stranger for we were strangers in the land of Egypt.” It’s a challenge to be empathetic to the newcomer and emphasizes the value of a united community.

Abraham Lincoln in his plea for unity at Gettysburg proclaimed that a nation cannot exist half slave and half free. At this very moment we are reminded that peace eludes us as long as race and skin color divide us. It is a plague with the inevitable potential for violence that our nation experienced all too often in the past and that tragically confronts us at this very moment.

The second value is respect for and acceptance of the law. Before Boaz and Ruth could marry, he had to defer to a kinsman closer to the family. Boaz convenes the required quorum of ten to witness that he had fulfilled all requirements and taken the necessary steps prior to marrying Ruth. The book affirms that Boaz conformed to “such that was the practice in Israel” (ibid 4: 7).

It’s incumbent upon all to comply with the law with no one being above it. Boaz had wealth and status and yet he was prepared to sublimate his personal agenda to the established practices of his time. A basic American value demands accountability not only from citizens who have the right to assemble peacefully, but also from those in power: the police and the political leadership.

Ruth is obviously not a complete treatise of transitioning from “prologue to epilogue.” It clearly affirms, however, the vital challenge to create a social order that embraces respect and the acceptance of the humanity of the “other” with the caveat that without mutual respect for the law, peace will elude us.

May our tragically divided nation succeed in completing the process from “prologue to epilogue” thereby enabling peace and harmony in our midst to become a blessed reality.

From Jerusalem my fervent prayer that we will soon see the dawn of the better tomorrow.