In an effort to maintain safety in a rapidly-changing Covid environment, we now require registration for all in-person events held at AA Synagogue. Whether registering online or over the phone, registrants 16 years or older will be required to provide proof of vaccination or a negative PCR test result prior to the event. (Negative PCR test results are only valid for 48 hours and, therefore, must be shown at the door on the day of the event.) A mask must be worn at all times when inside the building. 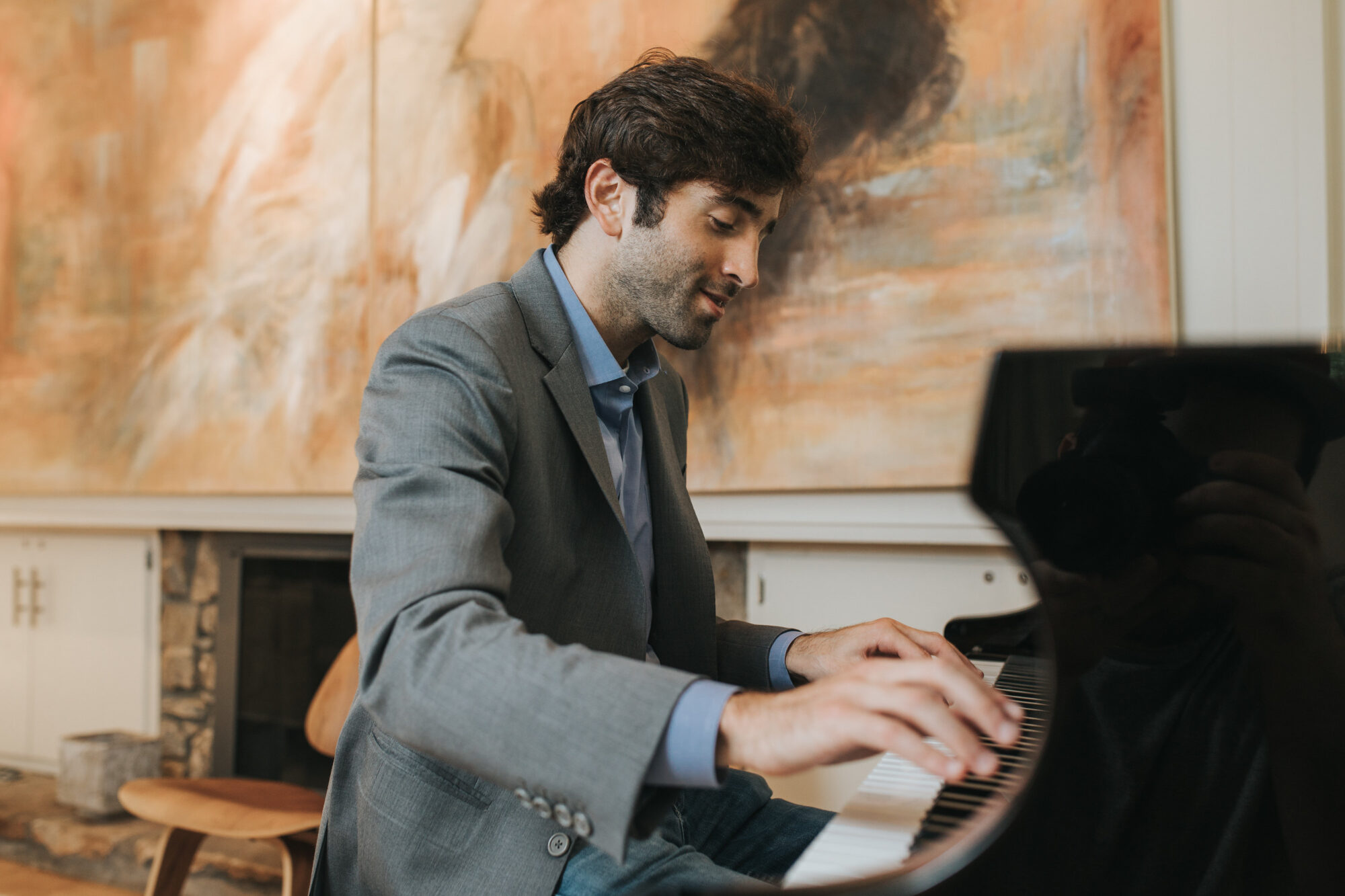 Join us for a musical evening featuring a fun, fascinating, and entertaining overview of Jewish contributions to American music during the 20th century. Joe Alterman, joined by Scott Glazer and Justin Chesarek, will play the works of Jewish musical legends like Harold Arlen, Carole King, and beyond!

Sponsored by Celia and Donald Gilner in memory of their parents, Anne and Abe Gilner and Pauline and Leonard Stone

Free and open to the public | Donations requested | Registration required

Joe Alterman
A native of Atlanta, Georgia, Joe Alterman studied music at New York University, where he received both his Bachelor's and Master's degrees in Jazz Piano Performance. In addition to performances with Houston Person, Les McCann, Dick Gregory, and his own trio, among others, Alterman has performed at many world renowned venues including the Kennedy Center, Lincoln Center, Birdland and New York's Blue Note, where Alterman has opened, many times, for Ramsey Lewis. 32 years old, Alterman has released four critically-acclaimed albums, his most recent being 2018's "More Cornbread". He was profiled three times by iconic journalist Nat Hentoff and was the subject of Hentoff's very last piece on music in March 2016. Dick Cavett has referred to Alterman as "one fine, first class entertainer" and Ramsey Lewis has called Alterman "an inspiration to me" and his piano playing "a joy to behold". Les McCann calls Alterman "tiny, but only in stature. As a man and a musician he is already a giant." In addition to his piano work, Alterman is the Executive Director of Neranenah, an Atlanta-based Concert and Culture series which celebrates Jewish contributions to music and the arts. He's also a budding journalist who has written liner notes to three Jazz At Lincoln Center Orchestra w/Wynton Marsalis albums. Nat Hentoff called one of Alterman's columns on jazz "one of the very best pieces on the essence of jazz, the spirit of jazz, that I've ever read, and I'm not exaggerating."